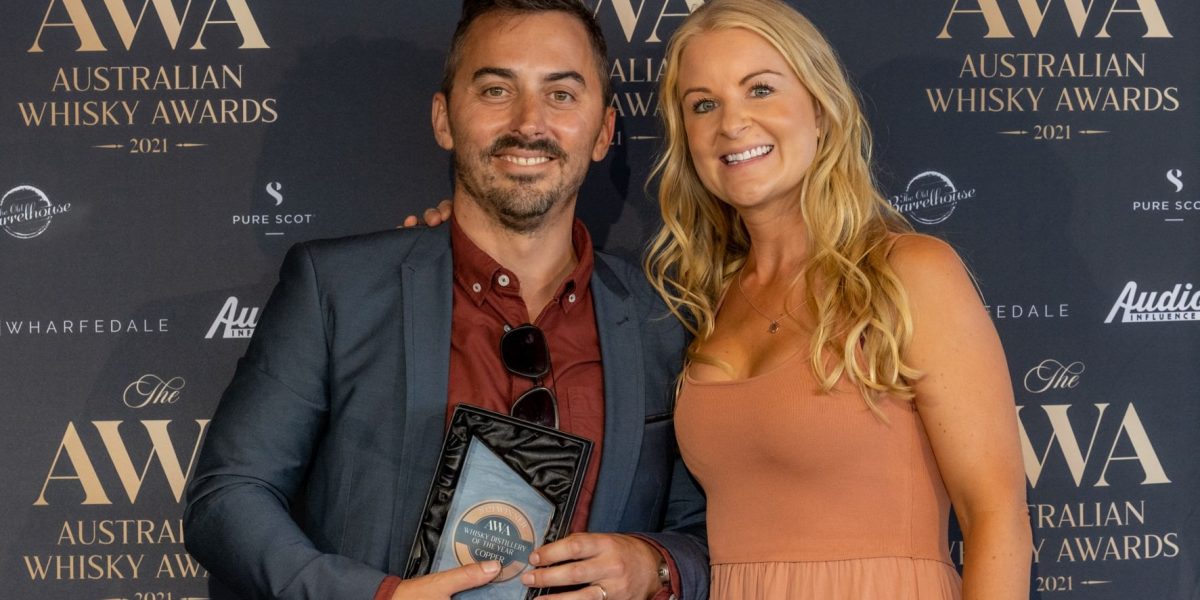 Tasmania takes home top honours at The Australian Whisky Awards in Sydney over the weekend!

On Sunday evening at the Museum of Contemporary Arts in Sydney, the best of Tasmania’s whisky industry was represented at the The Australian Whisky Awards ceremony. The second year running for the awards, it is Australia’s largest whisky democracy where the public votes for their favourite producers, venues and personalities.

With over 73,000 casted votes, Tasmania was placed in the top three of 4 of the 5 award categories.

Lark Distillery and Overeem Distillery were voted in the Top 3 Distilleries in the Country winning Gold and Bronze respectively for “Distillery the Year.” An amazing achievement as there are now over 400 distilleries, many of whom are producing world-class whisky.

Overeems’ rare and limited 12 Year Old Whisky is particularly special as it carries an age statement rarely seen in Australia’s fledgling industry and was distilled by retired industry pioneer and distillery founder Casey Overeem in 2009. Overeem only released a small number of bottles to the market back in August last year which sold out within minutes, with another release set for next month.

Kristy Booth-Lark (Killara Distillery) also won Gold for “Distiller of the Year”, and her father Bill Lark (Lark Distillery) was awarded Bronze for “Personality of the Year”.